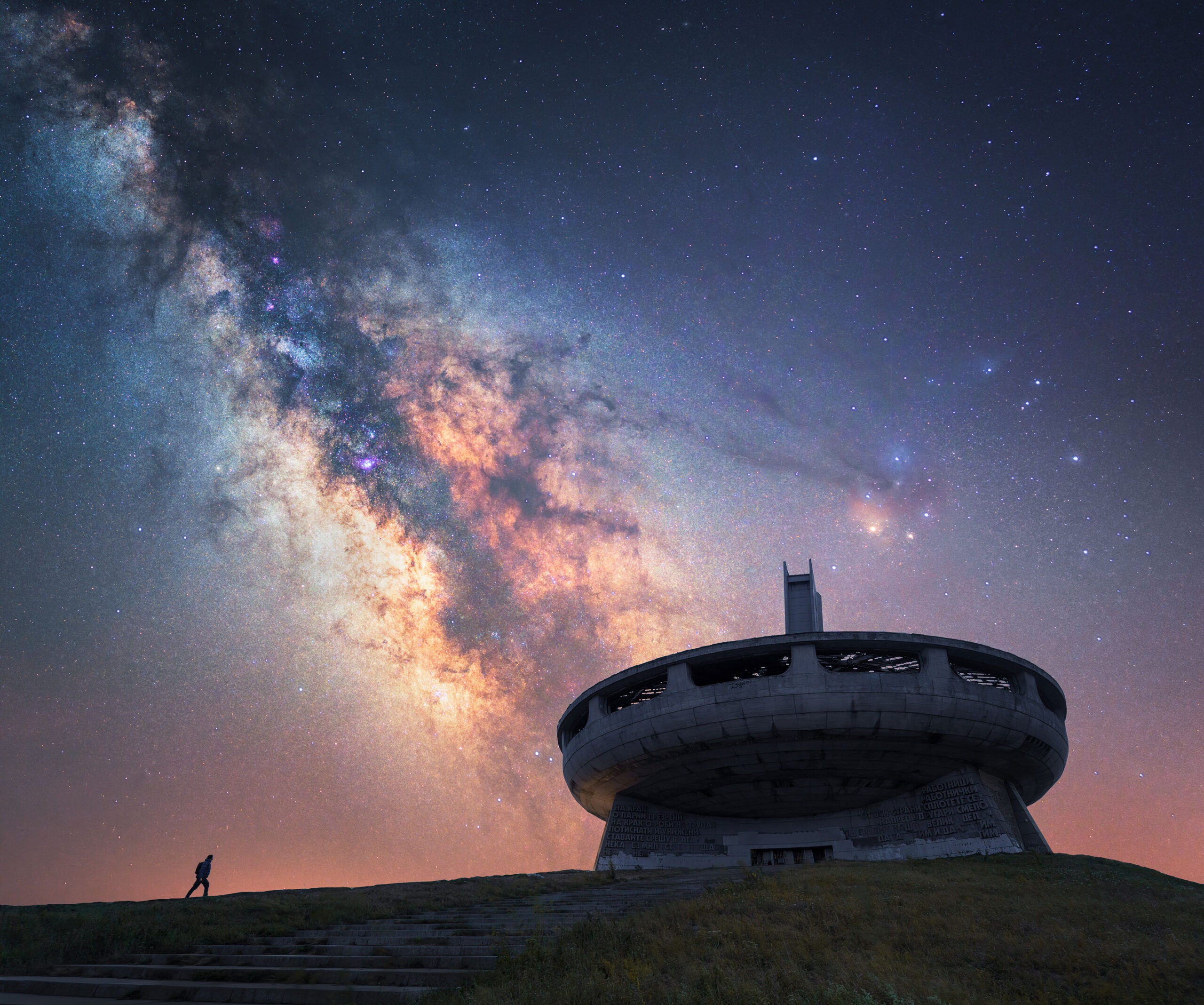 Winners of Astronomy Photographer of the Year

An aurora dances, illuminating the night sky. The Milky Way stretches over the snow-capped peaks. An abstract view of the sun and the moon. These images and many more make up the winning cohort of this year’s Astronomical Photographer of the Year awards, presented annually by the Royal Observatory Greenwich in London.

About Astronomy Photographer of the Year

Related: Feast your eyes on these stunning astronomy photos

In its 14th year, the Astronomy Photographer of the Year awards narrowed down more than 3,000 submissions from 67 countries to crown the winners. The competition is organized by the Royal Observatory Greenwich and the images are on display at the National Maritime Museum in London from September 17.

The goal of these awards is to showcase the best space photography from around the world. Photographers can enter images into the following categories: Northern Lights; Galaxies; Our Moon; Our Sun; people and space; planets, comets and asteroids; Skyscapes; stars and nebulae; and the Youth Competition. There are also two special awards, the Sir Patrick Moore Award for Best Newcomer and the Annie Maunder Award for Image Innovation.

Astronomy Photographer of the Year

Also winner of the “Planets, comets and asteroids” category, Gerald Rhemann now bears the title of Astronomical Photographer of the Year with his image, Disconnect event. The photo shows Comet Leonard’s gas tail being blown away by the solar wind.

“Rhemann’s stunning image of Comet Leonard, a long-period comet first identified in January 2021, was captured by the Austrian photographer in Namibia on Christmas Day. Comet Leonard was the brightest comet of the year in 2021 but will no longer be seen from Earth,” writes the jury.

“When I first saw this image of Comet Leonard I was blown away. This photo of a recent visitor to our solar system was beautifully captured. The stars in the background give the tail of the comet looks magical. I could stare at this image all day,” commented Melissa Brobby, judge and social media manager for the Institute of Physics.

Young Astronomy Photographer of the Year

A team of brave 14-year-olds scooped the Young Astronomy Photographer of the Year award. Yang Hanwen and Zhou Zezhen submitted a photo of the Milky Way’s nearest and largest neighbor, the Andromeda Galaxy.

“I think this photo shows how beautiful our nearest neighbor is,” says Hanwen. “One of the main functions of astrophotography is to inspire more people to fall in love with astronomy by showing the beauty of the universe,” Zezhen adds.

The judges were also impressed.

“It’s a superb capture by young astrophotographers, who also demonstrate their exceptional skill in processing a photo of the deep sky.” writes László Francsics, judge and president of the Hungarian Association of Astrographers.

Zijui Hu’s winning image uses light trails to give the illusion of speed, evoking a scene reminiscent of star wars against the dramatic backdrop of a mountain peak rising above the fog.

“I love the juxtaposition of the star trails against the clear mountain top. The movement of the clouds adds to the drama,” Hu says.

Andrew McCarthy puts the International Space Station into perspective as it travels its stellar trajectory. As powerful as it is, the photo shows how small we really are.

“The symbol of man, the tiny silhouette of the ISS, is overshadowed by the vast and detailed lunar surface, colored by the mineral deposits. This shows us how fragile we are,” notes Judge Francsics.

Jagged chunks of ice glow softly in the soft light of an aurora, which streaks green across a dark, starry night sky.

“I love this photo because it really sums up the aurora for me: the green ‘swoosh’ reflected in the icy lake, the clarity of the edges of the ice blocks and the looming shadow of the mountain,” commented judge Sheila Kanani.

The team of Utkarsh Mishra, Michael Petrasko and Muir Evenden took home the award in the Galaxies category with Majestic Sombrero Galaxy. Looking closer, you can see where it got its unusual name: the faint galaxy does indeed look like a hat.

“The Sombrero is a well-documented galaxy, but astrophotographers are still finding ways to squeeze more majesty out of it. Seeing the hazy remnants of previous collisions surrounding the galaxy, itself floating alone in the void, is simply exquisite,” notes Judge Steve Marsh.

Martin Lewis is the winner of the Our Moon category with a stunning detailed image featuring Plato’s East Bank. The stark lighting and heavy shadow add an element of mystery to an otherwise well-known element of the space.

“This close-up of Plato’s crater has become one of my favorite photographs of the Moon. This image of the rim being hit by the sun’s rays is wonderfully unique and proves that no matter how often we look at the Moon , it still offers many other wonderful sights to view,” said Judge Brobby.

Here the sun shines – not a fiery, explosive, seething dance, but rather casting a powerful calm upon the planets it presides over.

“The commitment and diligence (not to mention luck) required to image the Sun every day for a year is a feat in itself. But, more than just a matter of hard work, this photographer has achieved a fascinating and unique about the progression of sunspot bands across its disk,” Judge Marsh wrote.

If a higher power exists, Weitang Liang has surely captured compelling evidence. It’s unlike anything you’d want to walk through, but the beauty is stunning nonetheless.

“The colors in this photograph create a stunning composition, from fiery red to defiant, brooding blue in the center of the ‘eye’. It is easy to see how the ancients used to look at the stars in the heavens and imagine the cosmos looking back, keeping a watchful eye on us,” shares Justice Imad Ahmed.

With a bit of abstraction, Pauline Woolley transforms the sun into a desolate labyrinth streaked with eerie black swirls reminiscent of branches swaying in the wind.

“Dendrochronology – the scientific method of calculating dates based on tree rings – is used by art historians and restorers to date paintings on wood panels, but here the technology was used to create a unusual and beautiful composition. It’s an innovative photograph that immediately amazed all the judges,” writes judge Hannah Lyons.

“The icy, jagged peak of the mountain contrasts beautifully with the Milky Way, whose lighter hues of pink and indigo give us a fascinating and warm glow. I must also commend the dedication of the photographer – standing in the snow in freezing conditions – to capture this image! comments Judge Ahmed.

How to Enter the Astronomy Photographer of the Year Contest

The Astronomy Photographer of the Year contest is open to all photographers worldwide. The submission period begins on January 10, with a limit of 10 photos per participant. Check the website or Facebook group for updated information and deadlines.

2022-09-17
Previous Post: What’s New at The Photography Show – Saturday
Next Post: Take your photography from average to remarkable with Roberto Valenzuela’s UK lecture