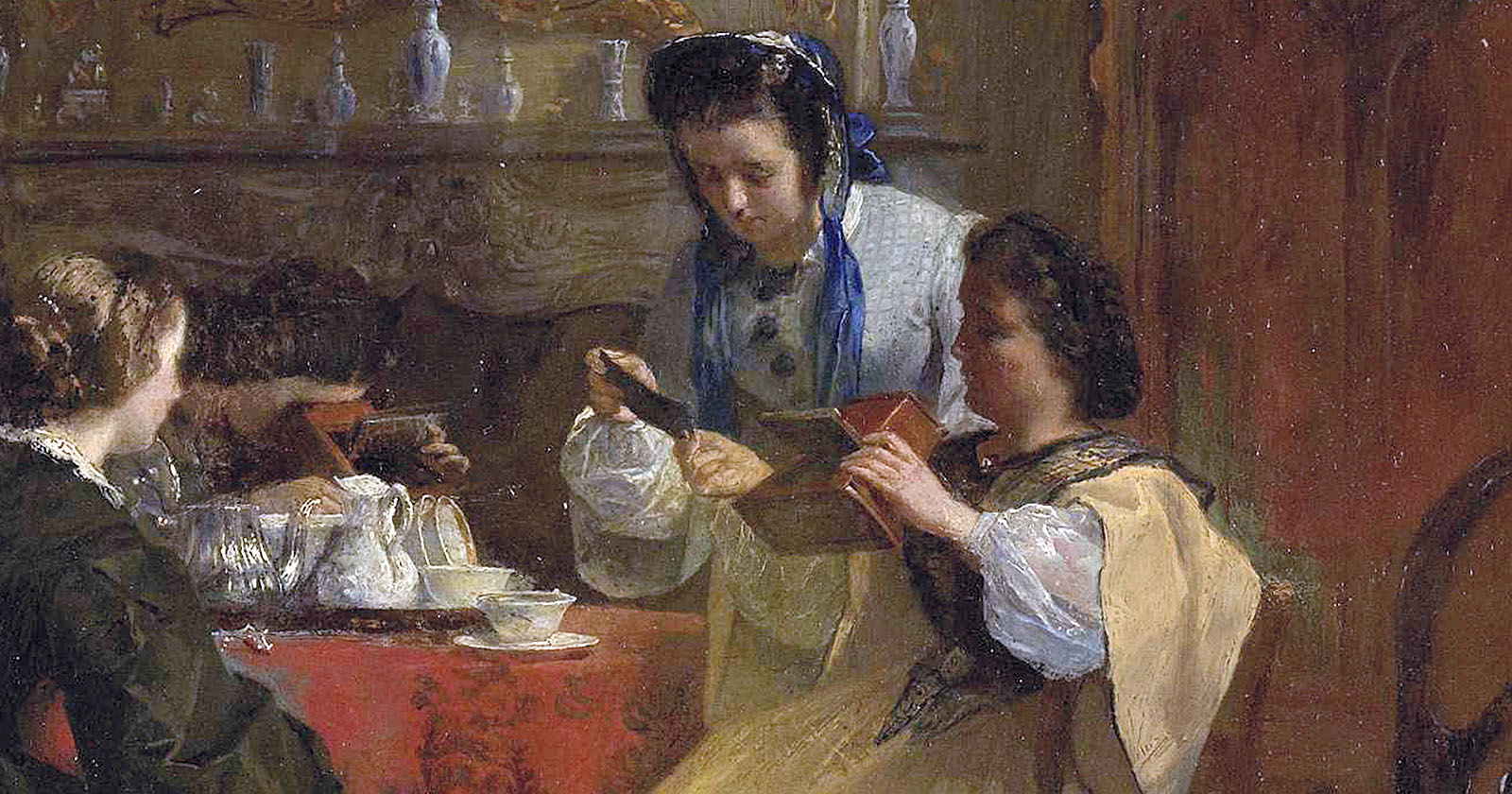 Stereo photography: a look at the origins of 3D images

Virtual reality, or VR, is nothing new. The idea that our left eye and our right eye see the same thing from slightly different angles and that our brain combines these two separate images so that we can see in three dimensions has been around since at least the early 19th century. It was first demonstrated by Sir Charles Wheatstone in 1838.

The invention of photography in 1839 opened up the possibility of producing exact images with the separation required to create extremely compelling 3D images. It was very difficult to achieve with drawings or paintings.

Over the years, many types of dual-lens cameras have been designed to take 3D or stereo photography. A single camera can also be used using a slider or even manually moving a few inches to create the stereo pair.

Almost all 19th century camera makers made purpose-built stereo cameras with two lenses. Here is the Eastman Kodak entry from 1917. This camera made stereo pairs in standard stereo card format on 101 size film.

Stereo photos take off in the mid-1800s

From the 1850s, the idea of ​​stereo photographs really started to take off. Stereo is the Greek word for solid or three-dimensional. From the 1850s through the 1930s, just about every middle- or upper-class home had at least one stereoscopic viewer and a collection of stereoscopic views.

Billions of stereoscopic views have been made in multiple formats over this 80-year period. The sale of stereo cards in their photographic studios, in pharmacies and in gift shops was a major source of income for many professional photographers throughout the latter half of the 19th century.

Major publishing houses began to get involved in making stereoscopic views by the millions. The largest publishers were Keystone and Underwood & Underwood. These companies also sold viewers in all qualities and price ranges. The 1908 Sears and Roebuck Catalog has 28 cent to 60 cent viewers and six pages of stereo views featuring a wide variety of subjects.

The Keystone Tour of the World is available in various collection sizes ranging from 300 to 1200 cards. It’s Around the World in 600 maps. 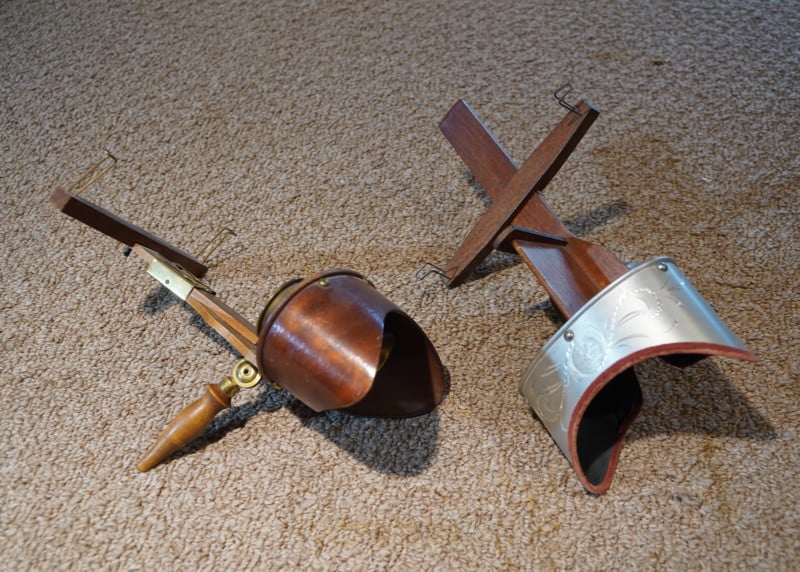 Travelers regularly bought stereo cards as souvenirs, much like they would later post cards. Stereoviews of national parks such as Yellowstone and Yosemite are still quite common in antique stores and flea markets.

This is a stereo view of a photographer photographing Yosemite Falls published by Underwood & Underwood in 1902.

Other stereo formats have been developed and widely used, especially in Europe. Here is a Le Plistero viewer made in Paris. It allows viewing of 120 size transparencies in stereo pairs. 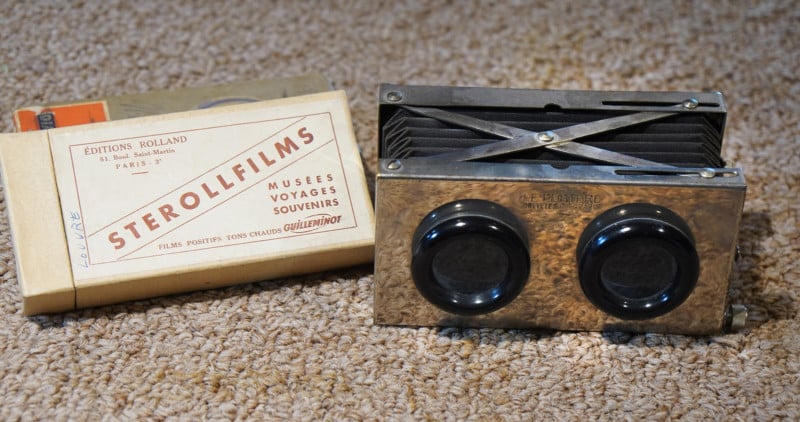 Decline and revival in the 1900s

The peak of stereo card sales and viewership was in the 1890s. The Great Depression of the 1930s put major stereo publishers out of business, although the end of the era was already in sight.

The 1950s saw a revival of stereo photography using 35mm slide film. 35mm stereo cameras were sold by several companies, and Kodak mounted Kodachrome slides in standardized holders for viewing in stereo. The largest manufacturer of stereo cameras and viewers was Realist. 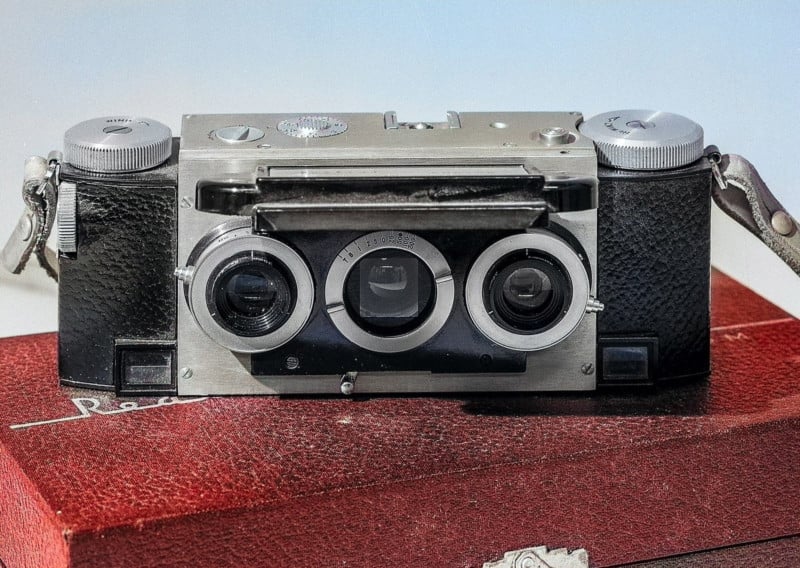 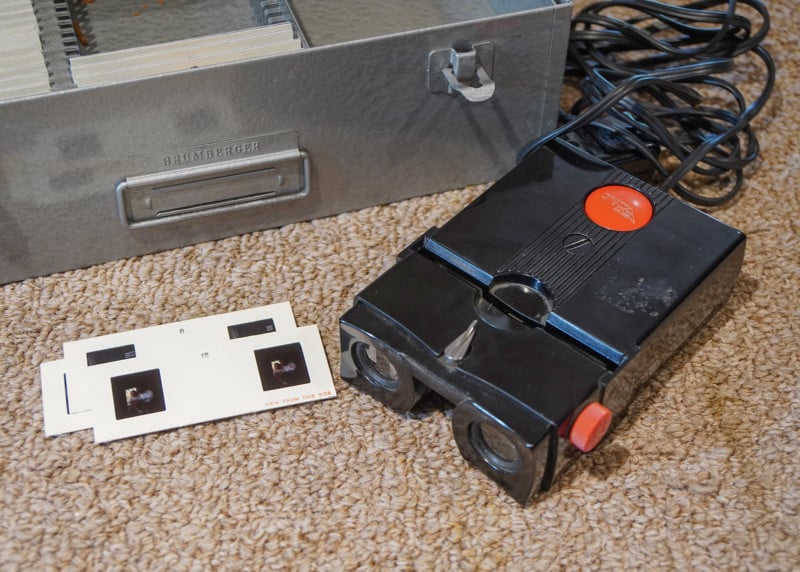 This is a 1960 Russian made stereo Sputnik camera that produces a stereo pair on 120 film. 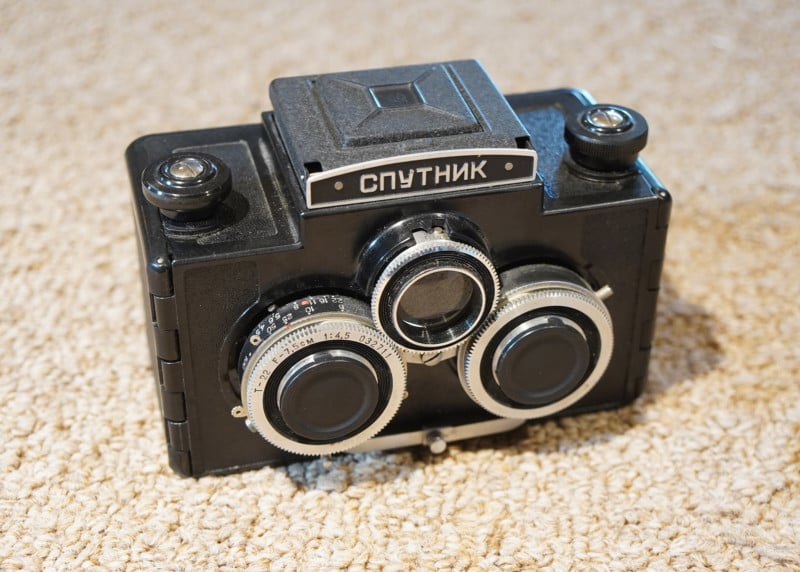 The post-war era also saw the emergence and long-term popularity of another stereo format, the View-Master. We often think of the View-Master as a toy because it was inexpensive and popular with younger kids. People who grew up in the 1950s almost always have fond memories of the View-Master they had as children. Fewer people knew that View-Master also made cameras of the same format and processed Kodachrome slide films, mounting them in View-Master’s round slides.

Bringing stereo views to our current times, one of the coolest apps to appear recently is 3DStereoPro. It is available for Android and iPhone users and enables any smartphone to create beautiful stereo images. Stereo images can be viewed directly on the phone using one of the viewers used for vintage stereo cards, or the files can be printed directly in the old stereo format.

A leading book on stereovisions is Stereo Views, an Illustrated History and Price Guide by John Waldsmith. Many people still enjoy making stereo images, and organizations exist to promote stereo photography. One is the National Stereoscopic Association, which publishes a magazine and holds a national convention.

The London Stereoscopic Company based in England is also a major proponent of stereo photography.

According to the London Stereoscopic Company, June 21 is Stereoscopic Day, “Stereoscopic Day is an international celebration of the birth of stereoscopic 3D. It takes place every year on June 21, the anniversary of the day in 1838 when Sir Charles Wheatstone officially presented his stereoscope and demonstrated his theory of binocular vision.

The chairman of the London Stereoscopic Company is Brian May, an astrophysicist and lead guitarist for the rock band Queen.

The idea of ​​stereo imaging may date back to 1838, but the idea keeps resurfacing not only by people who love vintage photographs and viewers and by people who create modern stereo images in ancient formats, but also by those who work in the most recent formats. versions of 3D photography: VR.