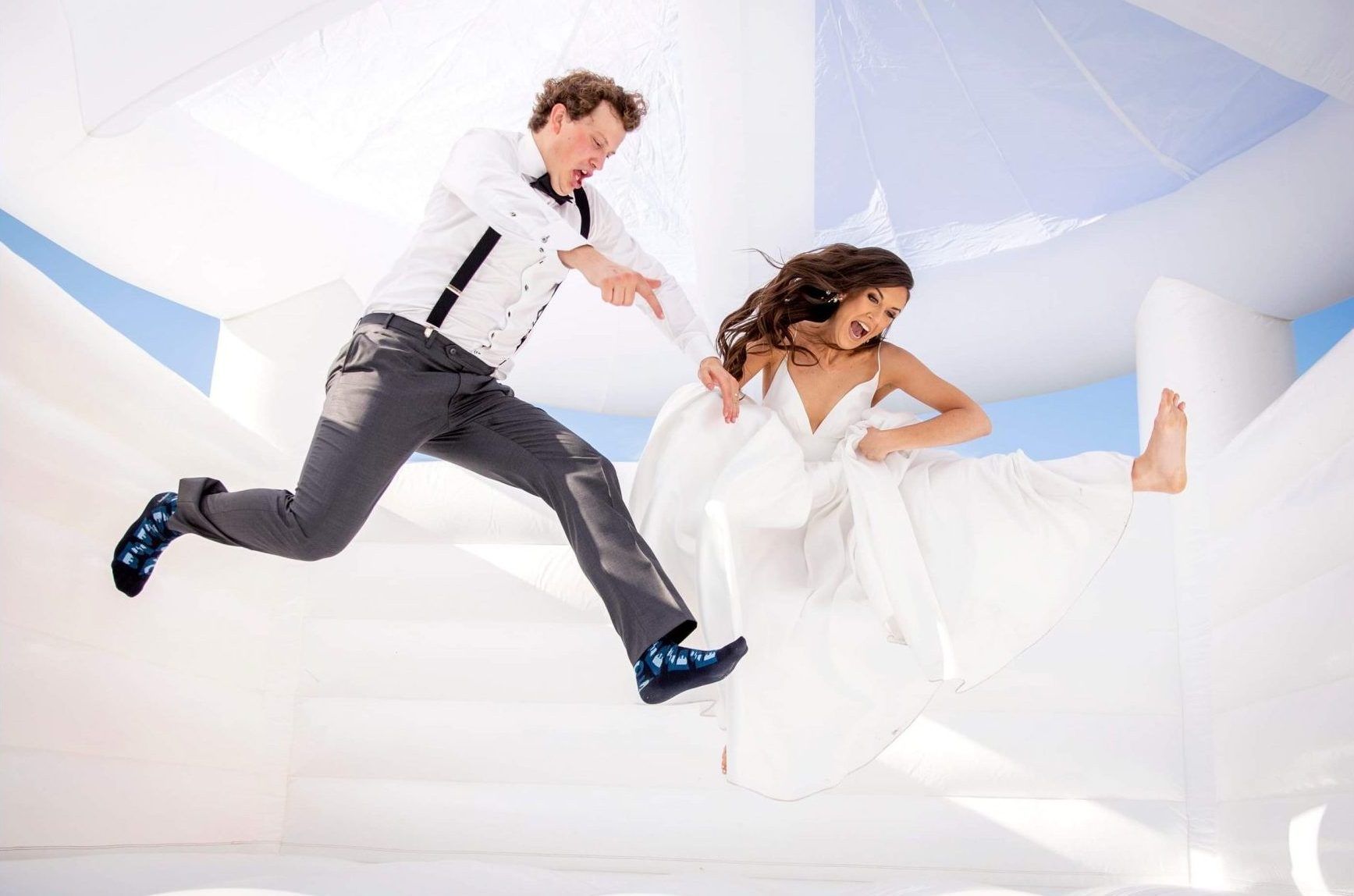 When Railene Hooper enrolled in the Communications Technology course at Spruce Grove Composite High School (SGCHS), she never imagined that she would one day be named Alberta Wedding Photographer of the Year by the Photographers. Professionals of Canada (PPOC).

Years later, she is now the first photographer in the province’s history to win the title along with two other Best In Class awards at the PPOC’s 2022 Alberta Image Show.

“I’m thrilled to be the first recipient of this award. It made me want to be even more creative and get a better shot next year,” Hooper said.

Growing up in Stony Plain, Hooper was always more interested in sports, especially basketball, than photography. In fact, it wasn’t until attending SGCHS that she started taking pictures in any capacity. Still unsure of what she wanted to do after graduating, she decided to study sociology at Concordia University in Edmonton while playing basketball on a scholarship.

After graduating, she transferred to the Northern Alberta Institute of Technology (NAIT) to play basketball for another two years. It was then that she decided to pursue a degree in photographic technology. During those two years, her passion for art really began to blossom. She found her niche in the portrait and stuck to it.

“It was a fairly intense course which I did not expect but which turned into a great love for photography. I found that I loved being able to connect with people and capture moments of genuine emotion,” Hooper said.

After her call, she found her first job at a high-volume school and sports photography business. While the experience was great for her portfolio, Hooper said she knew early on that this particular style of photography wasn’t for her. She wanted a more intimate setting where she could really get to know her clients.

Eventually, in 2016, an opportunity arose to work with one of his former NAIT teachers, Robert Bray. He was looking for a photographer to join his personal business, Robert Bray Portrait Design. Already knowing Hooper and her skills, he chose to take her under his wing.

“It was amazing working for Robert. I was able to hone my skills and I owe him a lot of what I know and what I do,” Hooper said.

Early in their professional relationship, Bray would bring Hooper to the weddings he was shooting for her to go through his process and techniques. Six years later, she is the company’s go-to wedding photographer, with Bray focusing more on her passion for family portraiture.

Perhaps the most important lesson Hooper learned from Bray was how to spot good lighting – the most important aspect of photography. Additionally, she blended the best aspects of her often traditional work with her own creativity to form a unique style of portraiture that she describes as modern and fun. Where Bray’s portraits have the subject staring into the camera, Hooper’s portraits are more candid in an effort to capture the raw emotions of the captured moment.

“I did my best to take the timelessness of Robert’s work and add a bit more emotion and interaction between the subjects,” Hooper said.

In the past, Hooper has been nominated for PPOC’s Canadian Wedding Photography of the Year award, but has never won. This year, however, PPOC launched the Alberta Wedding Photographer of the Year award after years of requests. The accolade was won by Hooper’s collection of four separate images taken under the titles ‘The fairest view is shared with you’, ‘Our love is a fortress’, ‘Leaping Into Love’ and ‘Walking With Excitement’. Additionally, the latter two won the Best In Class Photojournalistic Wedding and Best In Class Wedding Group awards, respectively.

Never having dreamed she could reach such heights when she first picked up a camera in high school, Hooper said her advice to young photographers is to simply create the work they love. If someone puts their heart into their work, she says, others, including clients, are bound to see the value.

“I feel really lucky to be doing photography and creating portraits for people. Sometimes I feel like you can forget the impact a portrait can have on people’s lives. realize the impact you have in the moments you capture until they’re a memory,” Hooper said.