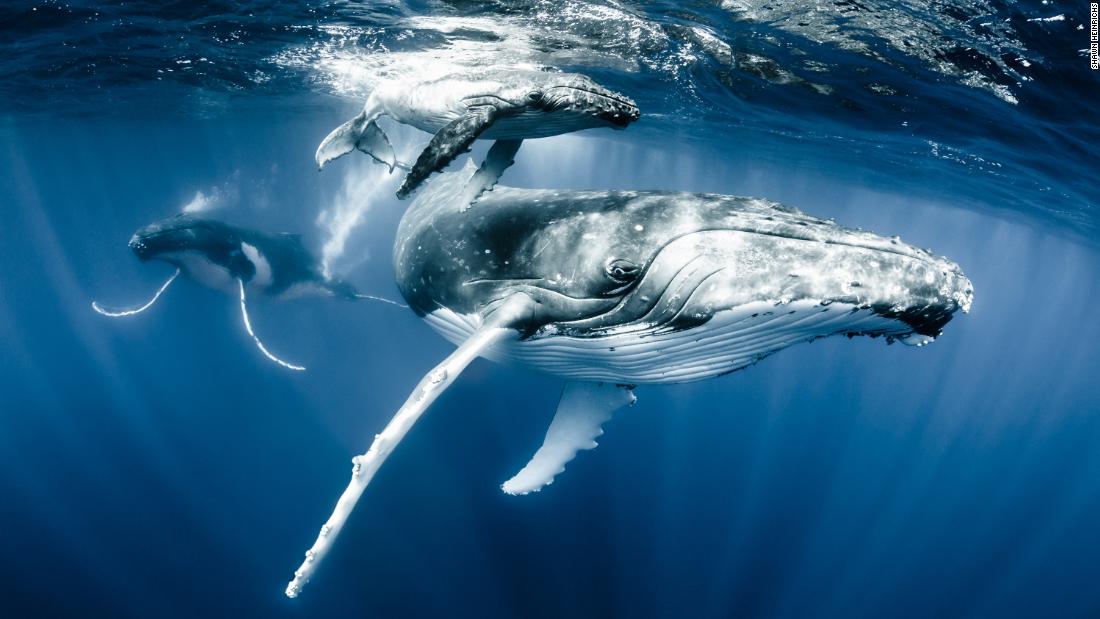 The images of sea life captured by photographer and cinematographer Shawn Heinrichs have a dual message: we should revere these majestic yet fragile creatures, but we should also fear the prospect of their extinction.

Heinrichs, 50, grew up near the South African coast: “As a child I used to spend every weekend around the oceans – there is more abundance than you could ever imagine”, he remembers.

His protective instinct for life below the waves inspired a career investigating his human abuse and campaigning for change. By locating elusive whale sharks at Isla Mujeres in Mexico, he strongly influenced the career transition of local fishermen into ecotourism. Heinrichs went on to document the widespread hunting of manta rays for their gills, which are used in traditional Chinese medicine, and helped pave the way for mantas to be officially protected by the United Nations Convention on International Trade in Endangered Species. ‘extinction.

Some of his images show magnificence, while others are intentionally difficult to look at. But Heinrichs’ imagery exists to inspire action. Today, he devotes much of his attention to SeaLegacy, an organization that seeks to channel a sense of public injustice over endless fishing and channel it into environmental activism.

CNN spoke to Heinrichs about his art and ocean conservation, and how the two have become inseparable. This interview has been edited for length and clarity.

CNN: Why are photographers important for ocean conservation?

Heinrichs: For us, who want to protect and preserve something, it is essential that we connect with it. Since so few people can go straight into the ocean and connect with the marine life in these habitats, it’s so important that we bring the stories to them.

It’s through imagery, video and all storytelling that we help people feel a connection, and through that they develop a sense of empathy and a desire to take action. It’s a huge opportunity and obligation on our part as storytellers to bring these stories to people.

CNN: What are the main threats to marine systems from your perspective?

Heinrichs: We see the oceans as this inexhaustible resource – a place where we can keep taking and taking. We send out our factory ships and we pick up tons and tons of species and bring them back to port tagged as seafood. We’ve removed over 90% of the big fish from the oceans in just a few decades through industrial fishing . No one really understands that they are living beings that maintain a habitat that is literally our planet’s life support system. Half of the oxygen we breathe as humans comes from the phytoplankton that lives in our oceans. And as we destroy our oceans, we are literally collapsing one of the lungs of this planet.

The most immediate threat to our oceans is our extraction, but in the long term perhaps one of the biggest threats will be climate change and global warming. As the seas get warmer they become less productive, currents slow down and the migrations of these fish are expected to start shifting and their ability to reproduce changes. As we bring more and more carbon into the seas, the ability of reefs to form disappears. So the literal support system at the bottom of the ocean begins to disappear beneath us.

This image of a humpback whale and her calf, taken around Tonga, is Heinrich’s favorite from his own work. Credit: Shawn Heinrich

CNN: What did you see firsthand?

Heinrichs: I spent the better part of an entire decade working on stories around the planet about destructive fisheries. I was in ports in Asia where they brought in 7,000 sharks in one day. They cut off their fins, threw them in the tank, and then the whole shark was turned into fertilizer. Seven thousand sharks! And when I spoke to the factory manager, he said to me, ‘Today is not a great day. Some days we get 10-12,000 sharks. So, in a single port, you observe three million sharks a year. And what does this translate into in practice? Estimates range between 100 and 250 million sharks a year are slaughtered for their body parts.

I’ve seen harbors where there are speared dolphins lying on the beach, and they use it for dog food. I’ve seen mantas lined up in an entire street, in Asia, and they only remove the gills and use them as a medicinal tonic, and the rest of the animal is wasted.

CNN: What is SeaLegacy?

Heinrichs: SeaLegacy is an organization co-founded by my partners Paul Nicklen and Cristina Mittermeier, both world-class photographers and conservationists, to inspire people around the world to help restore the health and abundance of our oceans.

One of the biggest problems we face today is that people feel helpless or apathetic. It’s either “it’s not my problem” or “there’s nothing I can do about it”. We have created a place where you can enter, register and choose your own path: maybe you are interested in dolphins, whales, mangroves or reefs. You then choose to act. Maybe it’s just signing a petition, making a donation. It may be a letter to Congress or another country, urging them to take action to protect critical mangroves.

But we also provide information on how you can make changes to your own privacy. What you consume, what you dispose of, your energy consumption. Through our stories, you are helping to learn how to be a better steward of this planet.

This image was taken from the largest shark fishing island in eastern Mexico, where Heinrichs says some fishermen have gone from poaching whale sharks to taking tourists swimming with them. Credit: Shawn Heinrich

CNN: What are your hopes for the future? Presumably, your work is not done.

Heinrichs: We are long past the days of pretty pictures and funny stories. We have to act. In my mind, we have less than a decade before we are in an uncontrolled loss of the planet due to climate and destructive fishing.

But I also believe that we are witnessing a fundamental shift right now. The next generation is waking up. They talk to their parents and grandparents – conversations that never would have happened ten years ago are happening today. I see 13-year-old child activists taking a stand in their schools to eliminate plastic. I see fishermen transitioning their livelihoods from fishing for sharks to taking a few people swimming with sharks. I see whole cities designating protected areas. We are seeing changes.

So I have hope. But more than anything, I’m inspired to be a part of it. Because I think we have a chance, but we have to act now.