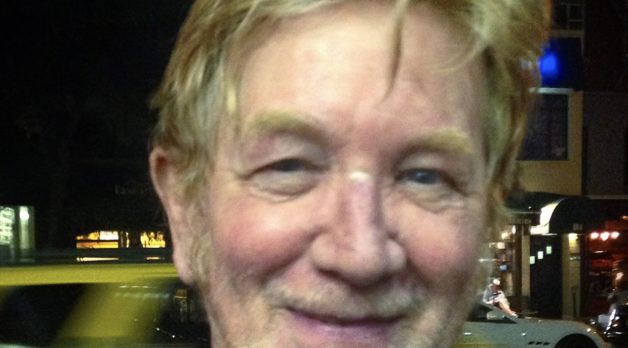 This article was updated after publication with comments from Keith Gordon. – Editor

Tom’s career began in the early 1980s. After earning an undergraduate degree in photography from Harvard, then studying at AFI, he worked as a second cameraman on Alex Cox’s film. The man from the depot and was a camera operator on Oliver Stone salvador, among other credits. After several low-budget comedies and horror films, Tom served as director of photography on two higher-profile films: Cox’s straight to hell (1997) and Ramon Menendez Stand up and deliver (1998), which contained a breakout performance by Edward James Olmos. From then on, Tom worked regularly and often with new directors. Indeed, the list of filmmakers whose first films Tom made is extraordinary: among others, Keith Gordon (The chocolate war, 1998); Keenan Ivory Wayans (I will make you suck, 1998); Roger Avary (Kill Zoe, 1993); James Gray (Little Odessa, 1994); Jesse Peretz (First love, last rites, 1997); Tamara Jenkins (Beverly Hills Slums, 1998); Ethan Hawke (Chelsea Walls, 2001); Brian Koppelman and David Levien (Stunning Guys, 2001); Rob Zombie (House of 1,000 Corpses, 2003); and, in 2016, Laurie Simmons (my art).

Other notable credits include The singing detective, A midnight light and other Gordon films; by Peter Sollet Nick and Norah’s Infinite Playlist; by Peretz The castle and The EX; and Todd Solondz Palindromes. His last feature as a cinematographer was Stephen Schible’s documentary, Ryuichi Sakamoto: Coda (2017). Throughout his career, Richmond has also worked in music videos, directing music videos for directors such as Mark Pellington and Tim Pope as well as Hawke and Avary. In recent years, Richmond has taught filmmaking at NYU Tisch as well as Brooklyn College Feirstein Graduate School of Cinema.

But a simple credits list fails to fully capture what was so special about Tom. As I wrote on Director‘s Instagram earlier, Tom was mischievous, irascible, intuitive, kind, loving, creative, punk rock and something of a savant. He had a mischievous, perpetually youthful quality to him that was so appealing to many filmmakers embarking on their first feature film. There was never a hint of careerism in Tom. He was so generous, and that generosity was reflected in how he would sublimate any ego for the fulfillment of a director’s vision. When I interviewed him in 1995 about his work on Little Odessa, he told me that Gray’s stated influences were among the most photographed films of all time, but what excited him to work with this new director were the paintings that Gray had done based on the locations of the script. “I told him,” he recalls, “I’m going to do some Godfather, french connection if you want, but what I really want to do is your paintings. “As his NYU biography notes, the vast majority of his feature films were shot on film, many on Super 16mm, and I remember Tom’s instinctive understanding of celluloid – how much he could push or pull, understanding how and how far the images would fall into shadow, how to create a bit of poetry with films and little fancy lighting.

Robin O’Hara and I have worked with Tom three times, twice on Jesse Peretz films: First love, last ritesand The castle. After Little Odessa, everyone wanted him to shoot their movies, and I remember the weeks when Jesse, Robin and I were rushing to contact him and have him read the script and take the meeting, and then the moment he walked in in our office on 13th Street, interested in the project. There was an instant connection; he was part of the family. About Tom and the shoot, Jesse captured it most eloquently on social media (reproduced with his permission):

He was an older guy with the vibe of a teenage skateboarder. He used to refer to the Keith Richards of photography. And in a way, he was exactly that. When we shot First love, last rites, he would get in the car every morning a bit hungover and late and grumpy. He didn’t want to talk to me in the car. Then we’d get on set and he’d throw Black Flag or Minor Threat on his walkman as he lit up the first scene (using colored plastic bags from Walmart as gels). “Punk rock photography” he always said… And from his punk rock photography were born the sweetest and most beautiful images. Because at the end of the day, he had an instinctively vulnerable eye. He partied until he stopped partying – but he was still the same guy. He not only taught me a lot about photography, but also about the characters and the story. He never wanted the photography to overshadow the characters – and in this way he served his films and their stories, even if it undermined his ability to grab attention and promote himself.

Keith Gordon, who has also worked with Tom on several films, wrote the following in an email:

I love Tom Richmond. Will always be.

He taught me a lot – about cinema of course, but much more. Humor in the face of adversity. Be passionate about what you do without forgetting that it was supposed to be fun.

His cinematography was brave and rich and varied. His images and his light could be so breathtaking – but it was always about the story, the emotion, the humans at the heart of it all.

We were shooting a period piece, and he would come over excited to play me a punk rock song that he thought reflected what we were doing that day. For 15 seconds as I listened, I thought he was crazy. Then I would realize that he was absolutely right.

I loved how much he liked other people’s work. He was so excited about an actor’s performance, or a production design piece or a costume…and he noticed everything.

I have never known anyone with such a wide range of friends. He could connect to anyone and everyone. I went to a party at his little house in Venice and there were 65-year-old lawyers in suits and 15-year-old skateboarders. Leather punk rockers and soft aging folk musicians. Tom loved humans, and many of us loved him back.

His still photography was as big as his cinematography: faces, cars, empty places. I always hoped he would make a book. Maybe someone will now…

Tom never seemed to have it easy, but life never knocked him down for too long. He was one of the most wonderful and beautiful people I have known, and I will miss him every day.