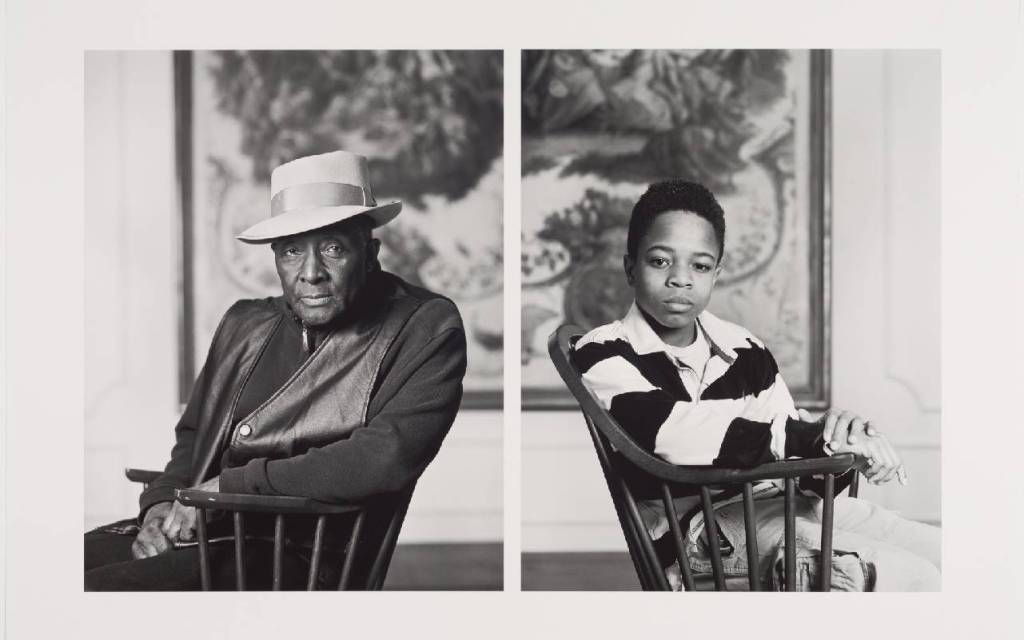 When photography was invented in France in the 1820s, some artists predicted, even feared, that it would eventually replace painting. It didn’t happen, but photographers around the world have consistently recorded images that reveal us to ourselves, move us emotionally, and subvert our expectations.

The Victoria and Albert Museum in London claims to have mounted the first exhibition of photographs in 1858. More than six decades later, photographer Alfred Stieglitz donated some of his work to the Museum of Fine Arts in Boston and the Museum of New York Modern Art. City began collecting photos in 1930. Five years later, when the San Francisco Museum of Modern Art opened, photos of Ansel Adams, Imogen Cunningham and Edward Weston formed the core of the museum’s collection . Today, all museums recognize photography as an important art form.

“To me, photography has always been an art form in itself, a medium used as creative expression,” said Nancy Barr, curator of photography and department head at the Detroit Institute of Arts. Barr curated “Conscious Response: Photographers Changing the Way We See,” now on display through January 8. expanding our perspectives on people, places and things.

Some 75 photos, taken by 25 artists between the 1950s and today, are on display. Works by Diane Arbus, Bruce Davidson, Robert Frank, Gordon Parks, twins Doug and Mike Starn, and Hiroshi Sugimoto are included, along with photos by emerging and mid-career artists Genesis Báez, Brian Day, Merik Goma, Jarod Lew, Jova Lynne and Mille Tibbs. Many photos were given; others are recent acquisitions that have never been exhibited before.

“Artists use photography in different ways”

Six of Dawoud Bey’s photos from his “Birmingham Project” series are featured in “Conscious Response.” The photos are tributes to the lives of the four girls and two boys who died on September 15, 1963, when white supremacists bombed the Sixteenth Street Baptist Church in Birmingham, Ala.

“Bey has created diptych portraits that show one person the age one of the children would be now, had the murders not taken place, and a second person the age of one of the children at the time. of their deaths,” Barr said. “At first visitors think they are looking at family portraits, but when they read the series they start talking about the attack. It’s a way for a photo to make you see something differently, to bring you into the realm of attention around a topic such as social justice.

Farah Al Qasimi’s 2019 “Sally at the Ford Estate” shows a young Muslim woman, veiled and wearing jeans, in the garden of Ford House in Dearborn, the former estate of Ford Motor Company founder Henry Ford. and his wife, Clara. Born in Abu Dhabi and raised in the United States, Al Qasimi spent a month-long residency in 2020 photographing Dearborn’s Muslim community, one of the largest in the country.

“We also have a photo of Machu Picchu by Japanese photographer Kenzo Izu,” Barr said. “He has traveled the world in search of sacred places, seeking to capture a spiritual message and also to help us realize that these ancient sites are not all permanent and some are showing decline.” A photo by Corine Vermeulen, a Dutch native who lives in Detroit, depicts El Poblado, a bustling neighborhood in Medellín, Colombia.

“LaToya Ruby Frazier spent five years photographing black residents in Flint, and we have a photo of a family dressed up for a wedding. Next is an aerial view of the Flint sewage treatment plant at the height of the water crisis,” Barr said. Landscapes, some photos of mixed genres and some photojournalism work complete the show.

Founded in 1885, the DIA collection has over 65,000 works housed in a 658,000 square foot Beaux-Arts building. The museum has Diego Rivera’s “Detroit Industry” murals, 27 panels showing Ford Motor Company work, and Vincent van Gogh’s “Self-Portrait” from 1887, the first of his self-portraits to enter an American museum collection. . This painting is the centerpiece of “Van Gogh in America”, a new exhibition presented at the DIA until January 22.

Not all works of art in the museum remain in the building. Currently, some works are part of “Rethinking Monuments: American Sculptures in Its Time,” an exhibition touring Michigan as part of the Art Bridges Initiative. Developed by the DIA, the Krasl Art Center in St. Joseph, the Marshall M. Fredericks Sculpture Museum in Saginaw, and the Grand Rapids Art Museum, the exhibit features 19 sculptures made by American artists between 1850 and 2000.

Ben Colman, curator of American art at the DIA, recalled that when curators at the four museums developed “Rethinking Monuments” in 2020 and 2021, they referred to the urgent debates across the country about monuments that some say , distorted the story. This discussion reminded me of “Tearing Down the Statue of King George III”, a painting by Johannes Adam Simon Oertel from 1852 or 1853.

Whet the public’s appetite for art

“What artists portray, erase, or ignore has been challenged, debated, and confronted since before America was America – it has never been debated, though the questions are still rooted in different sets of contemporary concerns,” Colman said. “It helped us crystallize our thinking, and we decided to examine how sculptors from the mid-19th century to the present have played a role in shaping history.”

“Rosa Parks, Heidelberg Fragment”, from 1986, is part of “Rethinking Monuments”. Artist Tyree Guyton, who lives in Detroit, found the damaged sign and added a line drawing of a bus. “The sign originates from the artist’s Heidelberg Project, a large-scale sculptural installation in a Detroit neighborhood that has experienced radical depopulation and divestment,” Colman said.

“Rethinking Monuments” is DIA’s second traveling exhibition through Art Bridges, which is based in Bentonville, Ark. Arts patron Alice Walton, founder of the Crystal Bridges Museum and The Momentary, launched the foundation in 2017. “The DIA has collaborated with Art Bridges on pilot programming that draws on decades of experience in the sending exhibits to art centers, museums and galleries in Michigan. It’s not uncommon, but it’s not common,” Colman said.

The traveling exhibition is another way to whet the public’s appetite for art, he added. “More than offering concrete answers, this exhibition presents a set of questions that visitors can carry with them as they reflect on how artists represent the past and present.”

Story courtesy of Next Avenue. Patricia Corrigan is a professional journalist, with decades of experience as a journalist and columnist in a metropolitan daily, and author of books.