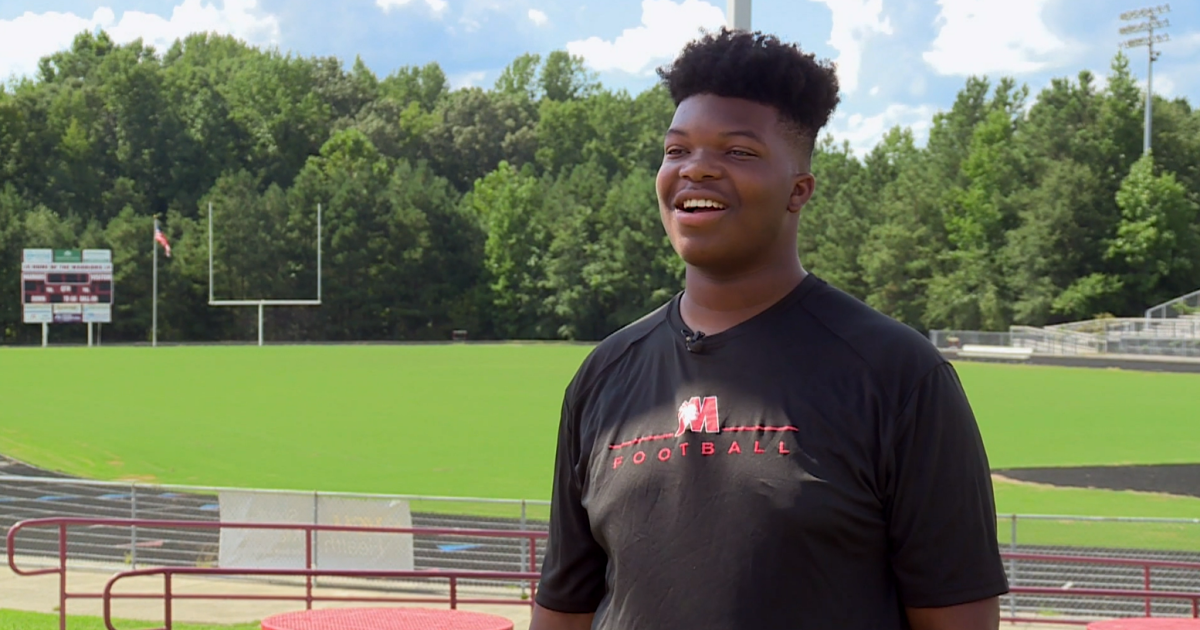 “I think we’re going to be absolutely amazing,” Smith said. “Hopefully we are 11-0 this year instead of 9-2 like last year.”

Smith was part of last year’s team that had the best regular season in school history.

This season he’s learning a new position on the offensive line, something he’s been training for all off season.

“I think the center job is harder because you have to make sure the snap is perfect,” he said. “Have good speed on the ball. You can’t miss the snap or you might get a fumble.”

“Jamal is one of those kids. Back in the weight room. Back to working hard, learning, doing what they’re supposed to do,” said new Matoaca head coach Fred Stoots. .

Learning is something else that Smith does well.

If he’s not on the football field, he captures his surroundings through photography.

Smith’s work behind the lens was good enough to be entered into the school’s art fair last year.

“It’s not uncommon to see him walking around the school with a camera taking pictures,” Stoots said.

A love of learning and photography took Smith this summer in a direction he could never prepare for.

Smith’s mother saw an ad for a two-day training academy with the Richmond Field Office for the FBI. Whether she asked him if he was even interested in going is up for debate.

“She did a little, but not really,” Smith said.

But the student dutifully completed the application and wrote an essay on why he should be selected from nearly 100 applications statewide. What he wrote got him noticed.

“His essay was very heartfelt. It was very likeable. It really stood out among all the different essays I read,” said FBI expert Leslie McLane.

During the two-day camp, Smith’s views on federal law enforcement changed, as did his interest in a possible career.

“We have students applying who know this is what they want to do, and then we have students like Jamal who are a bit on the fence,” McLane said. “We hope that by going through the academy we have whetted the appetite and planted the seeds for future recruitment.”

Jamal Smith now plans to merge his love of photography with a career in the FBI as a crime scene photographer. His work ethic and diligence make him a safe bet for his future.

“He’s a hard working guy and he’s always looking for something that can make him better. That’s the kind of thing we focus on and try to be a balanced person,” said Stoats. “I think whatever goal he sets for himself, he’s going to work hard to achieve it.”

2022-08-26
Previous Post: Who is the Ansspvt? How did he start his passion for photography? : The India Tribune
Next Post: New Mexico Museum of Art exhibit focuses on photography from the 60s and 70s