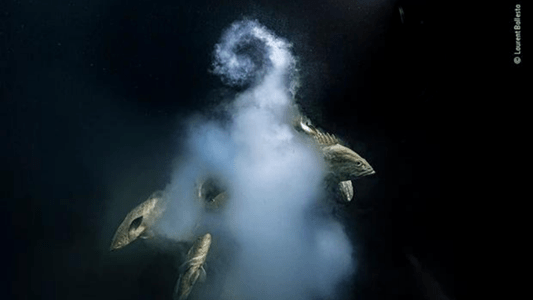 Natural History Museum’s photography showcase displays once in a lifetime

Creation by Laurent Ballesta. Via: site of the Natural History Museum.

A 10 year old boy wins a natural photography grand prize for his photo of a spider in India and a “Creation” work by marine biologists captures a unique moment.

The Natural History Museum Wildlife photographer of the year celebrates the best of photography capturing the natural world since 1965. Images are recognized for their artistic composition, technical innovation, and truthful interpretation of the natural world. Some issues are purely compelling and beautiful while others display thought-provoking reminders of how humanity affects animals and their natural ecosystems.

Of the two selected 2021 winners, both are incredibly handsome and catchy.

Vidyun Hebbar claimed the Young Great Title for his work, ‘dome home’: a perfectly framed and focused image of a spider occupying a web in a space in a wall, shown below.

“You can see the spider’s fangs and the crazy weaving of the trap, the threads like a delicate nerve network tied to the spider’s feet. But the smartest part is adding a creative backdrop – the vivid colors of a motorized rickshaw.

French underwater photographer and biologist Laurent Ballesta won the photographer of the year award. The image titled “Creation” captures the unique moment of camouflaged groupers emerging from their milky cloud of eggs and sperm in Fakarava, French Polynesia.

The director of the Natural History Museum, Dr Doug Gurr, said Mr Ballesta’s “Creation” was a reminder of what we stand to lose if humanity’s impact on the planet is not taken into account. account.

“The protection offered to this endangered species by the biosphere reserve highlights the positive difference we can make,” he said.

Other stunning images include “Reflection”, by Majed Ali from Kuwait. This artwork captures the moment a mountain gorilla closes its eyes in the rain. The result is absolutely stunning.

“Reflection” by Majed Ali. Via: site of the Natural History Museum.

Majed said he walked for four hours to meet Kibande, a nearly 40-year-old mountain gorilla. He said that by climbing it was hotter and more humid. When the refreshing rain fell, Kibande stood in the open, appearing to be enjoying the shower. Mountain gorillas can only be found at elevations above 1,400 meters in two separate colonies, one on the Virunga volcanoes and the other in Bwindi. They are endangered due to habitat loss, disease, poaching and habitat disturbance due to human activity.

Another work, “Head to Head”, captures a pair of male reindeer fighting during the rutting season. The males fight by facing their antlers until one of them is defeated. The dominant male then gains the opportunity to breed in the area.

“Face to face” by Stefano Unterthiner. Via: Website of the Natural History Museum.

Reindeer are widespread in the Arctic, but the subspecies depicted here only exists in Svalbard. Populations are affected by climate change, where increased precipitation can freeze on the ground, preventing access to plants that would normally be found under soft snow.

You can explore the full gallery of images on the Natural History Museum website.

Join Tom Tilley with regular co-hosts Jan Fran, Annika Smethurst and Jamila Rizvi on The Briefing, Monday through Saturday, for headlines and breaking news as well as hot topics and interviews. Available on Listnr.