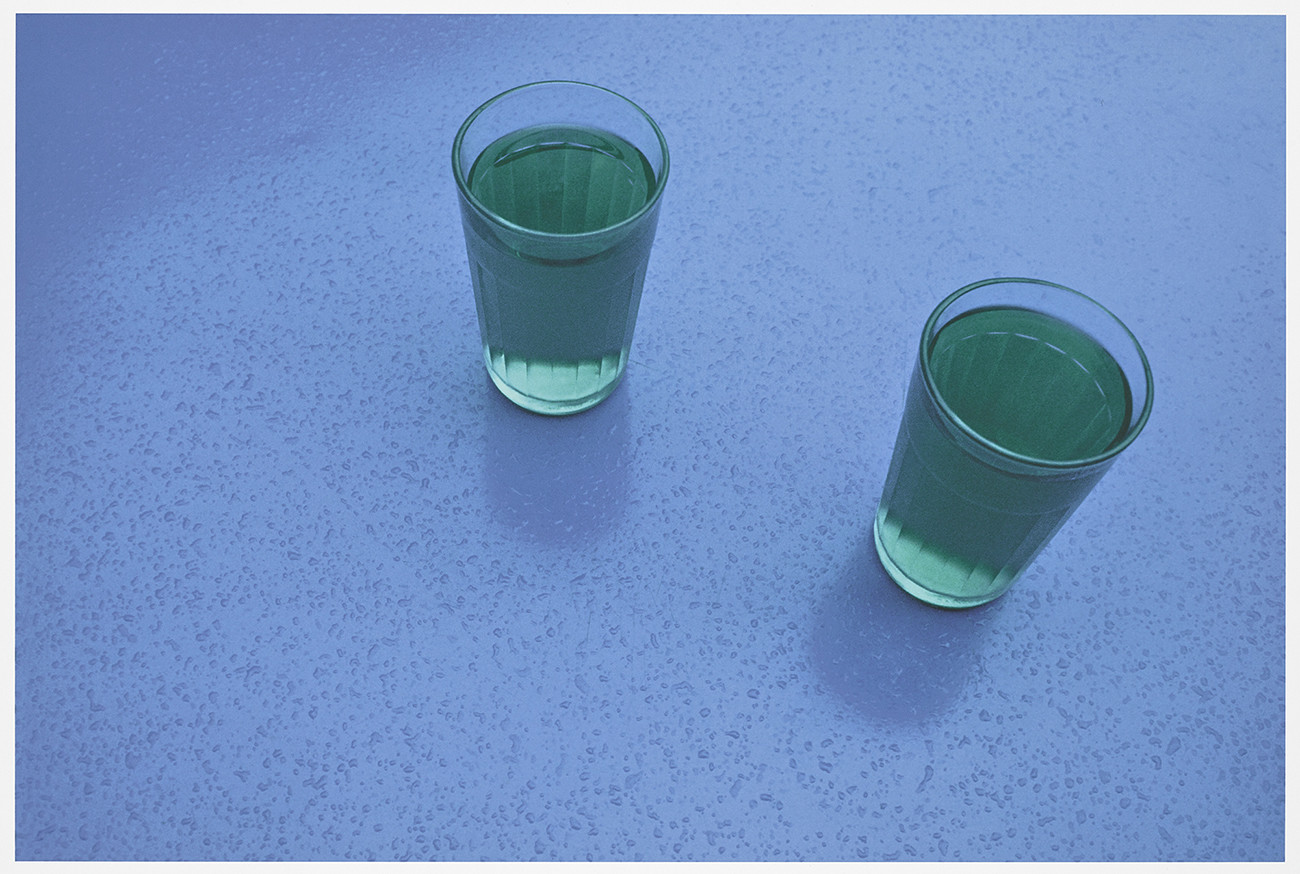 Initiated at the end of the 1970s, at a time when artistic photography was almost exclusively a matter of black and white, the “Photocolore” series is particularly revealing of the practice of John Batho, an artist born in 1939. Very early, from 1963, the choice of color seems obvious to him. In the photographs he takes of his close environment, he isolates everyday objects on a colored background to make them stand out better, he favors chromatic oppositions and multiplies close-ups. The perspective is most often non-existent, thus operating a sort of flattening of the subjects, further amplifying the effects and the colored contrasts. John Batho quickly saw his name associated with the craze for color in France and won, thanks to this series, the Kodak prize for photographic criticism in 1977.

The exhibition Mint Green, Canary Yellow takes as its starting point John Batho’s “Photocolore” series, which was rarely shown after the 1980s with the exception of a few emblematic images. Selected from the vast collection of photographs deposited by the artist at the Médiathèque de l’architecture et du patrimoine in the fall of 2021, forty-one prints by John Batho have been brought together for the occasion. The latter having constantly sought the best way to transpose color onto paper, the exhibition mixes vintage prints and more recent prints, produced using different processes, thus allowing the appreciation of the materiality of color: Fresson charcoal, Cibachrome, digital prints.

These historical photographs by John Batho are put into perspective with those of four artists born in the 1980s and 1990s: Luke Stephenson (1983), Dorian Teti (1983), Piero Percoco (1987) and Laure Tiberghien (1992). Even if they belong to another generation of color photographers and even if none of them claims a direct affiliation with the work of their elder, they have each placed color at the heart of their practice. For several years, they have been renewing by updating certain artistic principles already at work in “Photocolore”: the potential for attraction and seduction of color, its relationship to everyday life and the banal, the relationship to painting and abstraction, its narrative dimension as a structuring element of a story. For them, it is not only a question of photographing in color but of photographing in color. From mint green to canary yellow, from midnight blue to dove grey, the evocative power of the colors is inscribed right down to their name, attesting to whether their constantly renewed ability to create an image still had to be demonstrated.

Exhibition organized in partnership with the Media Library of Architecture and Heritage.