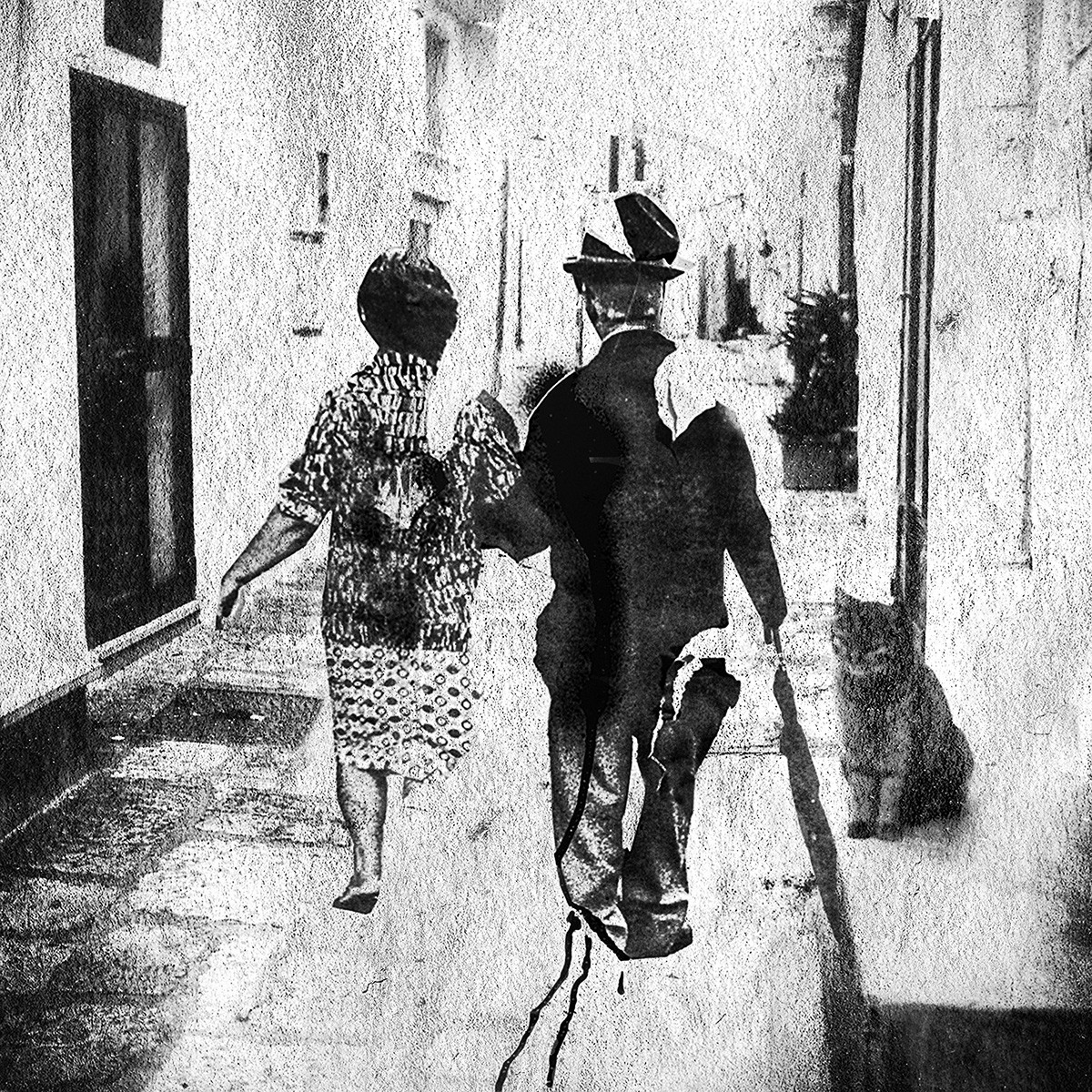 Small Large Gallery presents the work of Veronique evrard with the exhibition Tears.

A poster according to the dictionary is a “written or printed sheet, posted in a public place and bearing an official, publicity or propagandist announcement, to which an image or a photo may be associated. Isn’t our memory like those photos exposed to the sun? Discoloration, with uncertain contours. Certain memories disappear immediately, covered by others, which gradually fade, erase, tear themselves to become nothing more than shadows.

By means of a poster, I wanted to recreate this process. The time that flees, that escapes by fragmenting, by tearing up our past, letting the imagination recreate its own images.

Like my characters on the posters that I drew from old photos and exposed to the ravages of time, so all that remains is a feeling, an impression, torn faces

The use of the Zeiss Nettar 6 × 6 camera associated with an artisanal Washi film allows this particular result to be obtained. The real does not seem to be fully captured: the medium resists the visible. It’s up to us to recreate it.

“The photographs, which cannot explain anything by themselves, are inexhaustible incentives to deduce, to speculate, to fantasize. – Susan Sontag

It is over time and encounters that photography has become for Véronique Evrard the best access to the other. At the Agnès Varda School of Photography and Visual Techniques in Brussels, she deepens her technical knowledge of film and digital photography.

With a resolutely humanist gaze, Véronique Evrard develops through her photos a poetic realism tinged with both nostalgia and optimism. The man in the concrete of his daily life and his environment is for her a first source of inspiration.

His work has already been the subject of several exhibitions in France and Belgium.