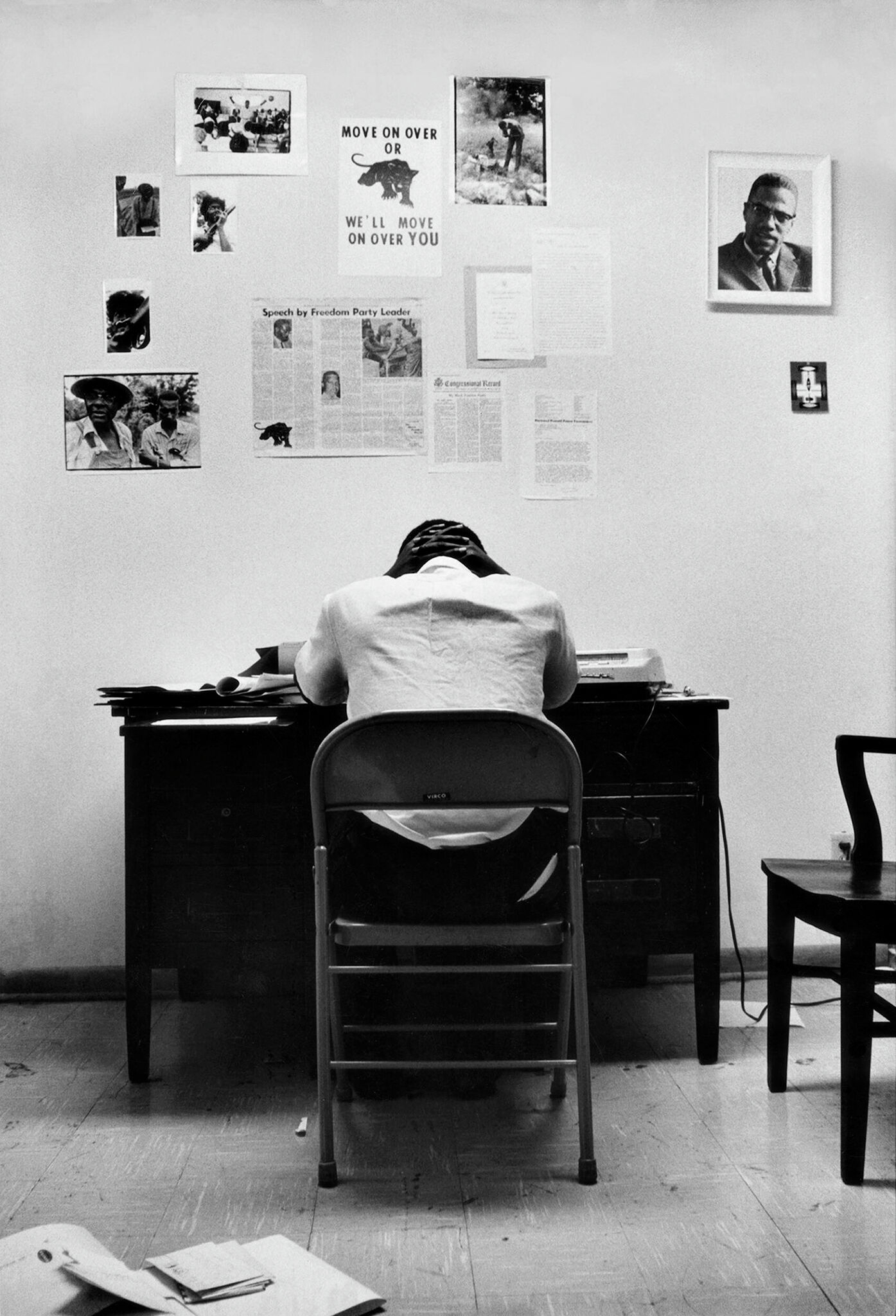 “Gordon Parks: Stokely Carmichael and Black Power,” on display at the Museum of Fine Arts in Houston until January 16, 2023, deserves a special place in an art museum. Parks has given us a collection of photographs that are not only visually appealing, but storytelling at its most captivating.

In 1966, Parks was commissioned by Life magazine to do an article on Carmichael, the controversial civil rights activist and president of the Student Nonviolent Coordinating Committee. From the fall of 1966 to the spring of 1967, Parks took over 700 photos of the charismatic young leader, and this exhibit is more than just a document of a political figure. Parks offers us an intimate portrait of the Carmichael man.

Life only used five photos for the broadcast, which is included in the exhibit, but curator Lisa Volpe had access to Parks’ archives and expertly balanced the display to show us the public and private man that Parks watched through his lens.

At the time of the mission, Parks was 54 and Carmichael 25. Parks was already recognized as an important photographer. Beginning in the 1940s, Parks’ photographs shed light on civil law, race relations, and the black experience in America. Parks was also an accomplished writer, poet, composer, and filmmaker.

The power of the photographs in the exhibit is that Parks chooses to be the anonymous witness, to be discreet and simply observe Carmichael as he goes about his work.

Carmichael was born in Trinidad and moved to Harlem, New York when he was 11 and became an American citizen two years later. While at Howard University he made several trips as a Freedom Rider and joined SNCC as a field organizer after graduation, becoming president in 1966. In 1969 he took the name of Kwame Ture and moved to Guinea where he worked for Pan-Africanism and liberation movements around the world.

The exhibition is organized into sections, each corresponding to one of the visits to the Parks. There are several photos that capture Carmichael as he addresses a crowd and images of people reacting to his speeches. But the most touching images are those that show Carmichael behind the scenes, the full version rather than the media construct.

The best example of this is Carmichael at SNCC headquarters in Atlanta. We see him from behind, slumped on his desk, his hands clasped behind his head. He is a man who bears the weight of his activism. On the wall above the desk are pinned photographs — including Malcolm X and residents of Lowndes County, Alabama — as well as magazine articles and pamphlets. It is a compelling photograph whose stillness evokes a great struggle.

Volpe spoke to many people in the photos about their memories of Carmichael and said they spoke overwhelmingly about his sense of humor. Evidence is scattered throughout the exhibit. Images of Carmichael enjoying moments of levity, like a great behind-the-scenes shot at a photo shoot with Cleveland Sellers, waiting for a TV interview, or relaxing at his sister’s wedding, balance the image of the earnest young intellectual featured in his public figure.

Parks also shows his knowledge of the history of photography. Among the various contact sheets in the exhibition, a series shows Carmichael walking on a country road in Alabama. Parks tries to replicate the feel of W. Eugene Smith’s 1948 Life magazine photo essay, “Country Doctor.” Smith’s image shows Dr. Ernest Ceriani walking through a field towards a patient. The essay paints Ceriani as a selfless heroic figure, and Parks’ photos seek to show Carmichael in the same light.

The final section of the exhibit includes four photos from an anti-Vietnam War rally in New York. Two images stand out. The first is by Dr. Martin Luther King, Jr. The second is Carmichael. The two address the crowd, but the way Parks chose to frame them shows how he sees each man. King is almost statuesque, his head tilted slightly towards the camera, alone except for a few men who seem to be staring around warily, as if aware that he has become a living monument. By contrast, Carmichael is filmed from a wider angle with a mass crowd hanging on to every word. It is dynamic and dynamic. Parks saw the energy Carmichael brought as a new wave of activism.

An excellent catalog accompanies the show which is a must for students of the Civil Rights era and photojournalism.

Volpe said the people in the photos don’t remember Parks being there, which speaks to his ability to be a “silent witness.” The result is an intimate portrait that only enhances the brilliance of Carmichael and Parks’ legacy.

2022-11-12
Previous Post: The best of outdoor photography
Next Post: A high-flying banker quits his job to take up photography