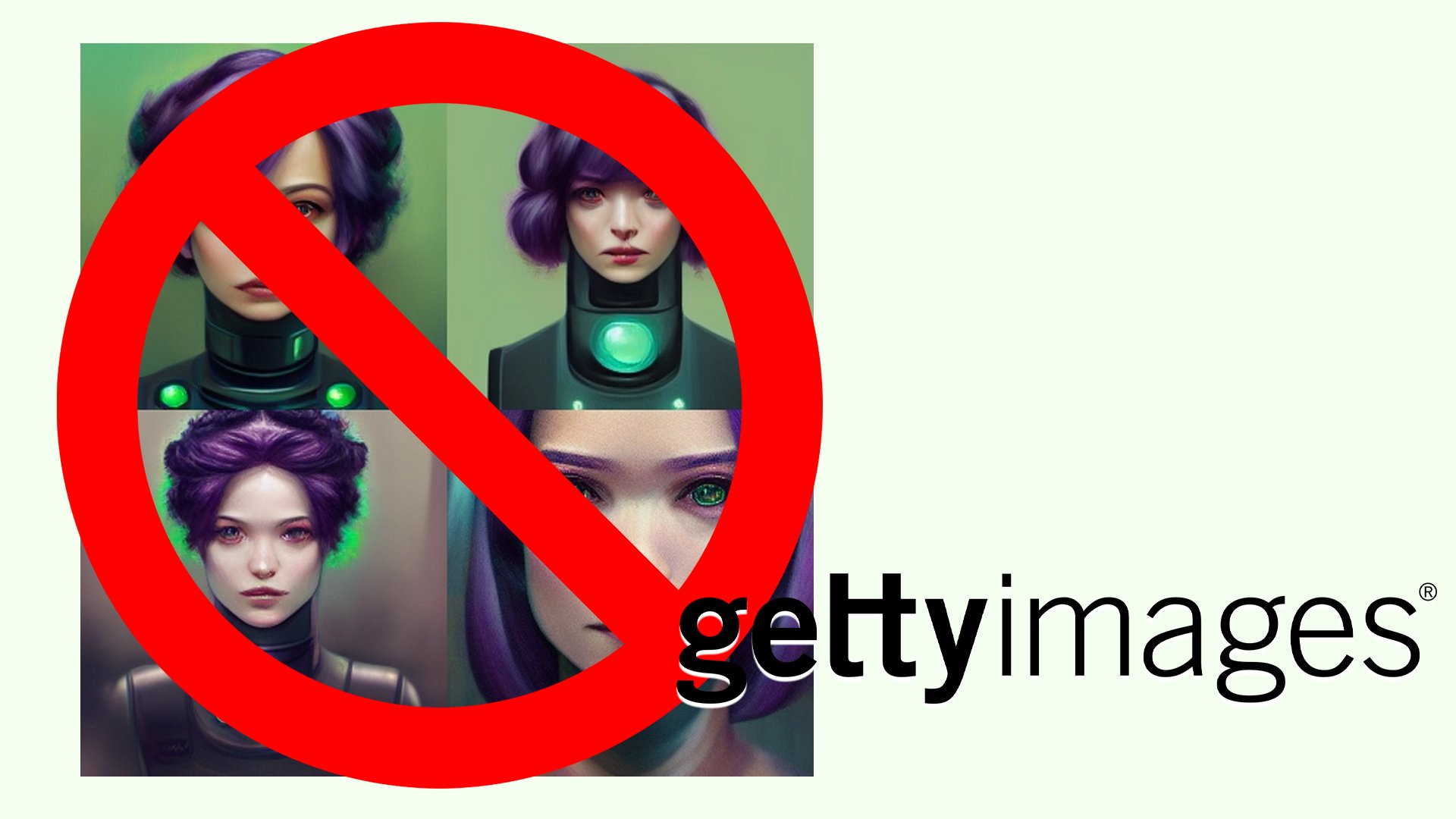 Getty Images, one of the largest stock image platforms, has banned AI-generated images. If you wish to download and sell the work you have created via DALL-E, Midjourney, Stable Diffusion or any other text to image tool, you will not be able to do so here.

The reason? Potential copyright issues. Getty is concerned about the legality of such content, so it wants to protect the site’s customers from unwanted copyright claims.

Speaking to The Verge, Getty Images CEO Craig Peters said that “there are genuine copyright concerns about the releases of these models and unresolved rights issues regarding the images, metadata images and the people contained in the images”. He added that selling AI artwork or illustrations could potentially expose Getty Images users to legal risk.

Asked if Getty Images has faced any legal challenges over its sale of AI-generated content, Peters declined to answer. He told The Verge that such content was “extremely limited” to begin with, adding that Getty’s only concern was “to avoid any risk to [customers’] reputation, brand and bottom line.

Getty Images isn’t the first platform to ban AI-generated art, but it’s certainly one of the biggest. At the same time, Flickr welcomes this type of artwork. Much to the shock of the artistic community, do the same for some contests. But there are still various concerns about this type of work.

First, some text-to-image conversion algorithms were trained on copyrighted images. As The Verge reports, they’re normally pulled from the web and include personal art blogs, news sites, and yes, photo websites like Getty Images. “The act of scraping is legal in the United States, and the release of the software appears to be covered by the ‘fair use’ doctrine,” this source writes. However, there could be issues when it comes to selling AI images commercially. As I mentioned earlier, AI picks up specific traits of artists’ styles, especially when it comes to artwork like illustrations. So someone will inevitably use prompts that will create AI artwork too similar to an original work… And we have a problem.

Text to image is a rapidly evolving concept, but laws and rules can’t quite catch up. So I think it’s safer for platforms like Getty Images to ban them altogether and avoid any potential legal issues… At least for now.