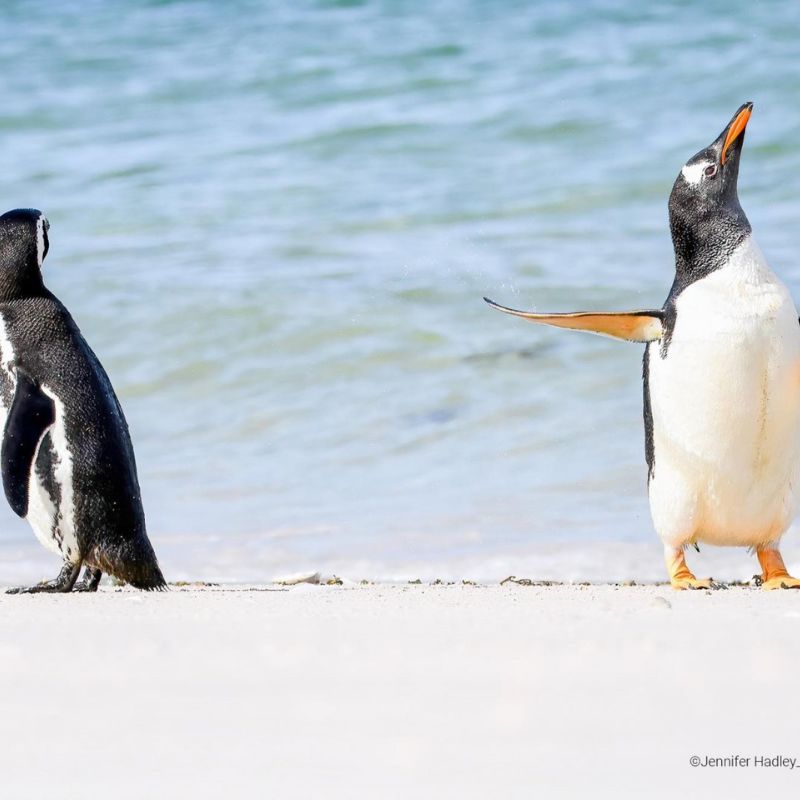 Check out the hilarious snaps

The Comedy Wildlife Photography Awards have released their shortlisted photos for 2022 from around the world. The photos show a lighter side of nature and wildlife as the animals are photographed in hilarious poses, causing laughter and wonder in amusement. This year, around 40 standalone images and 10 portfolio entries have been shortlisted worldwide.

The organization has accepted entries from professional and amateur photographers and the final result is due to be announced on December 8. Voting lines for the Affinity Photo People’s Choice Award are open and a cash prize of $561 is awarded to a raffle winner. Voting lines will close on November 27.

Take a look at some of the humorous captures

The cutest shortlisted entries include a zebra farting, two monkeys playing doctor and nurse, wallabies enjoying the sunset, a raccoon waving, an angry penguin giving a sassy look to its partner, and a duck running along a row of turtles. The Comedy Wildlife Photography Awards also allow you to purchase prints of your favorite goofy animals from shortlisted categories on their online store.

About the Comedy Wildlife Photography Awards

Founders Paul Joynson-Hicks MBE and Tom Sullam launched the Comedy Wildlife Photography Awards in 2015 to help ignite a passion for wildlife among people and also advance the concept of conservation through this competition. The founders, with their decades of experience in East Africa, want to promote sustainability globally through these awards.

The best feature of this contest is that it is free and open to everyone, novices to photography experts. This year, the organization is working with UK-based charity Whitley Fund for Nature (WFN) and will donate 10% of its income.