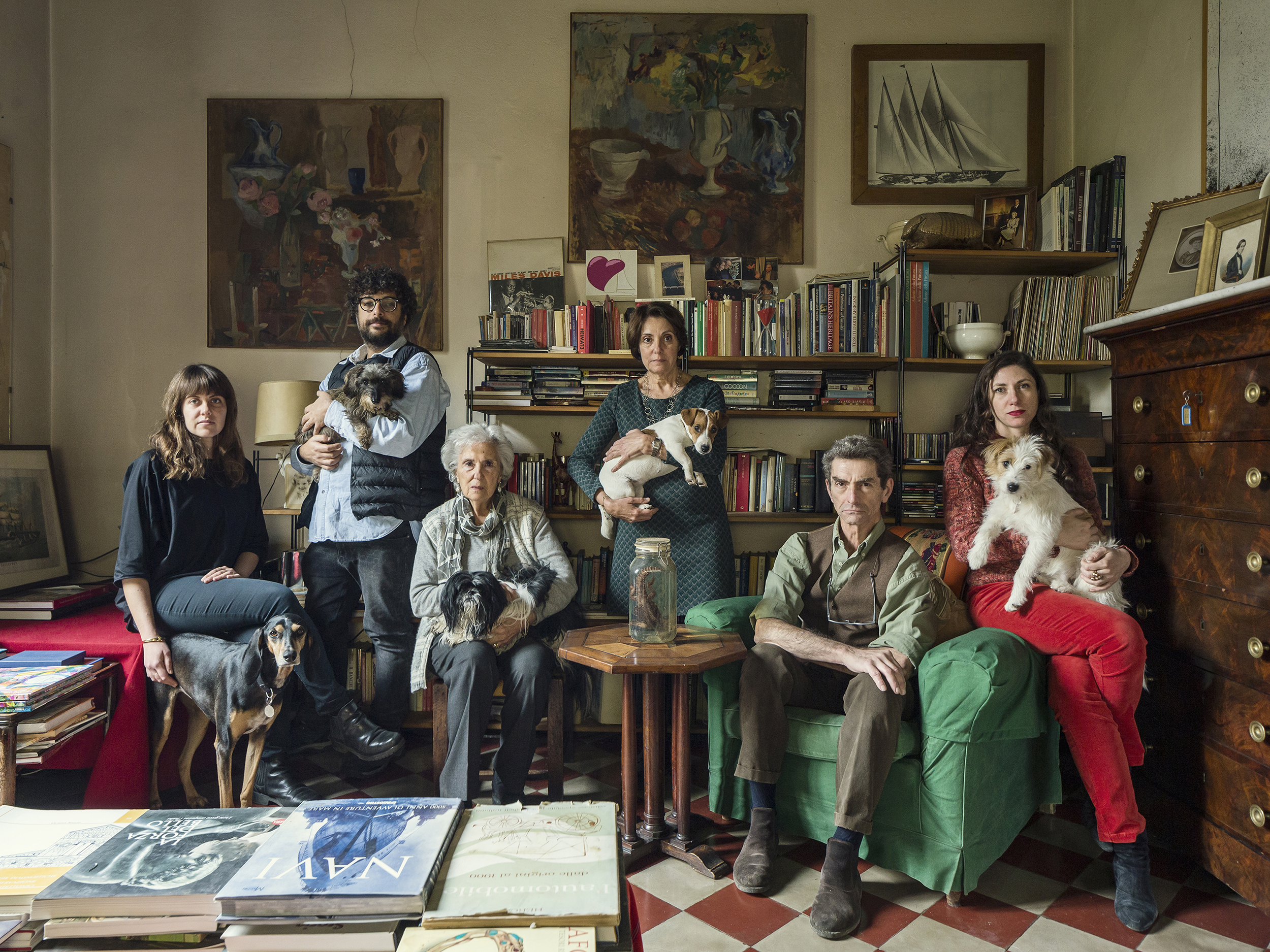 Beyond the Frame: Luca Rotondo

Lanfranco is Count Lanfranco Secco Suardo. He lives in Lurano, a small village near Bergamo, where his family has owned a castle for centuries. Lurano Castle is a very old country villa that was part of a larger complex in which many important figures of art and politics have passed over time. Rumors of a visit by the French military leader Napoleon Bonaparte at some point are told, but there is no real proof of this fact.

Lanfranco is the owner of Dob, a desert uromastix he found in 1975 in the Sahara. He took the lizard back to Italy. After his pet’s death, Lanfranco decided to preserve the reptile’s remains in formalin through a process he carried out personally to eternalize the memory of his beloved pet.

This photograph was taken in the living room of the apartment where Lanfranco lives with his partner Federica. Lanfranco is surrounded by his family: Roberta, Andrea, Annamaria, Giulia and Federica. The location was a deliberate choice because the intention of this series is also to tell the typical environment of family life. I was interested in relating this idea of ​​family life to Roman Lares statues – often known as household gods who were believed to observe, protect and influence what happened in the area they guarded. I wanted to compare (from a historical and symbolic point of view) this idea of ​​statues of ancestors to the remains of domestic animals.

The family portrait is one of the fundamental stages of the Lares project. The biggest hurdle with this specific shot was getting all the animals that were still alive to stand still and look at the camera. When I came across families that had live pets, I decided to include live pets because they added to the family unit. The second challenge for this plan was managing the space, which wasn’t much. The relationship between all the people, pets and furniture meant it was crowded.

Like all of the family portraits in the project, this too was shot with a 24mm vertical shift lens to achieve stitching in 4:3 aspect ratio during post-processing. This image has been published by the Sunday Times magazine, Stern, D di Repubblica and xl semanal, in addition to being selected in several international festivals.

2022-10-12
Previous Post: How to Collaborate with Brands to Create Your Own Film and Photography Project Ideas
Next Post: The Moray Art Center’s six-week photography course will conclude with an exhibition